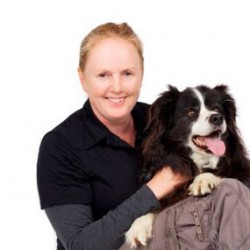 Dot moved to New Zealand from Scotland in 1999 to work as the foreman for a Cambridge racehorse trainer and held an amateur jockey licence before joining the MVS team in 2005. Prior to her move to the other side of the world, Dot was an instructor at Gleneagles Equestrian Centre in Scotland and groomed for the Irish event team. More recently, Dot has spent time at the world-renowned Rossdales Equine Practice in New Market, UK. 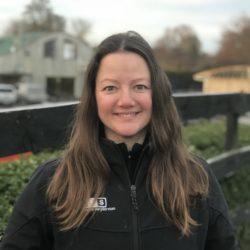 Tammy graduated from Tshwane University in Pretoria, South Africa, in 2014 with a National Diploma in Equine Science, in which she obtained a Distinction in Equine Breeding & Genetics. Throughout her course she worked at Onderstepoort (an academic hospital in Pretoria). She has also been involved with horse racing for nine years.

She moved to New Zealand in 2014 where she has worked at a selection of top horse farms concentrating on broodmare and foaling management, and yearling prep. Her most recent role was as a Foaling Manager.

Her equine areas of interest are breeding, foaling and surgery. Outside of work she enjoys playing golf, fishing and horse riding. 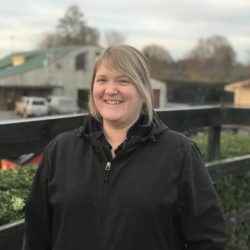 Amber joined MVS in April 2018 as part of our Veterinary Nurse team. Amber graduated from UCOL in 2002 then worked in the Massey University Veterinary Teaching Hospital mainly as a Small Animal Nurse for nearly five years.

She then moved to the Waikato where she gained extensive experience as an Equine Veterinary Nurse while working for a local equine veterinary practice for over 10 years before joining the MVS team. Amber’s main areas of interest are surgery and neonatal intensive care.

Outside of work Amber enjoys horse riding, mountain biking and hanging out with family and friends. 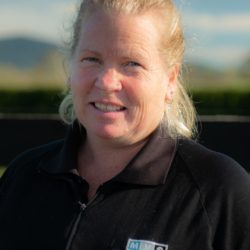 Robyn joined MVS part-time in 2014 as part of our nursing team. She moved into a full-time position in 2017. She loves working with a great bunch of people at MVS and always learning day to day.

Robyn grew up in Raglan on a big farm so the love for animals started early. She went to school in Hamilton and when she was 17 she left and started work at a well-known training yard. She was there for around 10 years before starting her own breaking and pre-training farm working for some of Auckland’s top trainers, which she did for about 5 years. She was a private breaker/pre-trainer for about 3 years before the Takanini training complex closed down. She then moved to Cambridge for work before starting her own family, which saw her move to Matamata.

Outside of work Robyn enjoys going horse riding when she gets a free moment. She also loves rugby and watching kids do school sports. 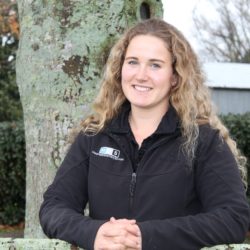 Felicity joined MVS in February 2019 as part of our Veterinary Nurse team. Felicity graduated from Otago Polytechnic in 2018 as a Rural Animal Technician.

Prior to working at MVS she worked as a shepherd and was also a polo groom for a season. Outside of work Felicity enjoys hunting with the Waikato Hunt Club and she has also started barrel racing. She also enjoys the outdoors and travel. 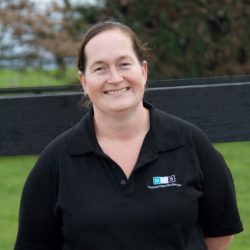 Sarita grew up on Norfolk Island & moved to Matamata from Palmerston North after graduating in 2007 with a BScAg.

Sarita’s passion for horses saw her work at various racing facilities across the north island before becoming an equine nurse in 2008. Where her interest in lameness & radiographs has been developed so she’s an integral part of the sales team – plate holding & uploading the sale series.

When Sarita is not spending time with client horses she is with her very own competing in dressage across the country. Sarita also dabbled in breeding sport horses. 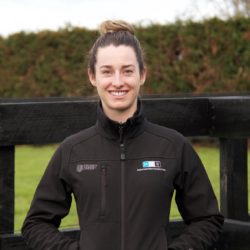 Kim joined MVS in August 2019 as part of our equine nursing team.

Kim graduated from the Waikato Institute of Technology in 2016 with a certificate in Veterinary Nursing then going on to work at a local Equine Veterinary practice for just over 3 years before making the move to MVS.

Kim is interested in all aspects of the industry especially those involving diagnostics.

Kim combines her part time vet nursing role with training her small team of race horses, giving her the best of both worlds.

Outside of work Kim enjoys spending time with her family and friends, attending the races and exploring the outdoors. 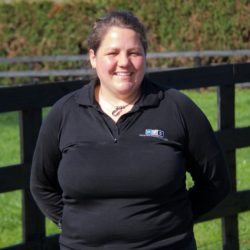 Julia graduated from Massey university in 2016 with a Diploma in Business Studies (endorsement in Human Resource Management), and has previously been employed in an accounts/payroll/human resource role. Julia has ridden all her life, and had a fabulous ex racehorse she evented to three star level and took to the UK to compete in 2010.

Julia is an Equine Nurse for the breeding season, and is thoroughly enjoying a change of role and having the opportunity to work with horses and horse people.

Outside of work Julia enjoys bringing on her young horse, and is looking forward to getting out to some competitions in the future. She also enjoys spending time on her three acre lifestyle block, travelling, and reading. 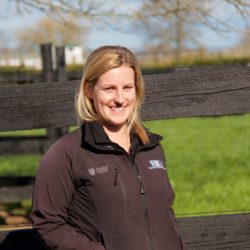 Elle joined MVS in August 2019 as part of our Equine Veterinary Nursing Team.

Elle graduated from TOCES in 2016 with a Diploma in Equine Veterinary Nursing. In 2012 Elle spent 12 months working for a local Equine Hospital whilst on a working holiday. After heading back to the UK, she spent 5 years as a Senior Veterinary Nurse at an equine practice in Cheshire. Most recently she spent 6 months as a Neonatal Intensive Care nurse at Rossdales Equine Hospital in Newmarket where she gained a huge amount of experience working with foals. Prior to embarking on a career in veterinary nursing , Elle spent 2 seasons working as a foaling supervisor on a sport horse stud and 5 years in the racing industry where she held her apprentice jockey’s licence for two seasons.

Elle loves to get involved in all aspects of her job with her main areas of interest in Neonatal Intensive Care and Surgical Nursing.

Outside of work Elle enjoys spending time with her husband, exploring the great NZ outdoors. She also enjoys photography, horse riding and travelling.